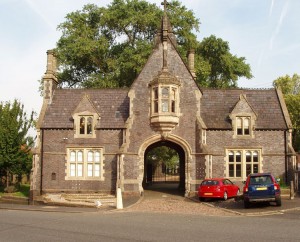 Harry Gem is buried in Warstone Lane cemetery in the heart of Birmingham’s Jewellery Quarter and his grave has been unmarked for many years. It is not known whether the original memorial stone has been removed and lost or laid down within the grave space for safety reasons. Through the Registrar’s Office the Harry Gem Project has made application for permission to investigate the grave space. Once this Bishop’s Faculty is received we will be able to establish what remains of the headstone. If complete it will be restored and replaced on the grave. If broken beyond repair then the fragments will be used as a guide for the production of a new stone as near as possible to the original in design, style and content. The fragments would then be given to the Birmingham Museum for safe keeping.

In the meantime, courtesy of the Registrar’s Office, this temporary marker has been placed on the grave. 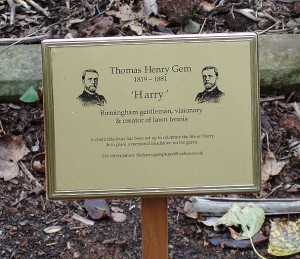 Our discussions with Birmingham City Council through the Leader’s Office lead to the tidying up of the area surrounding the grave. 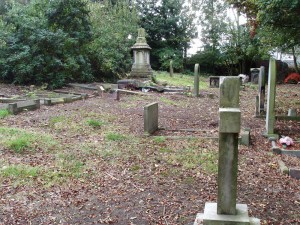