How to find Harry’s grave

Harry’s grave is in section P of Warstone Lane Cemetery in Birmingham’s Jewellery Quarter (see yellow dot). A permanent path leads towards the area and restoration work by the Friends of Key Hill and Warstone Lane Cemeteries has unearthed its continuation around the perimeter (see grey dotted line). Do walk carefully as the ground is a little unstable underfoot. 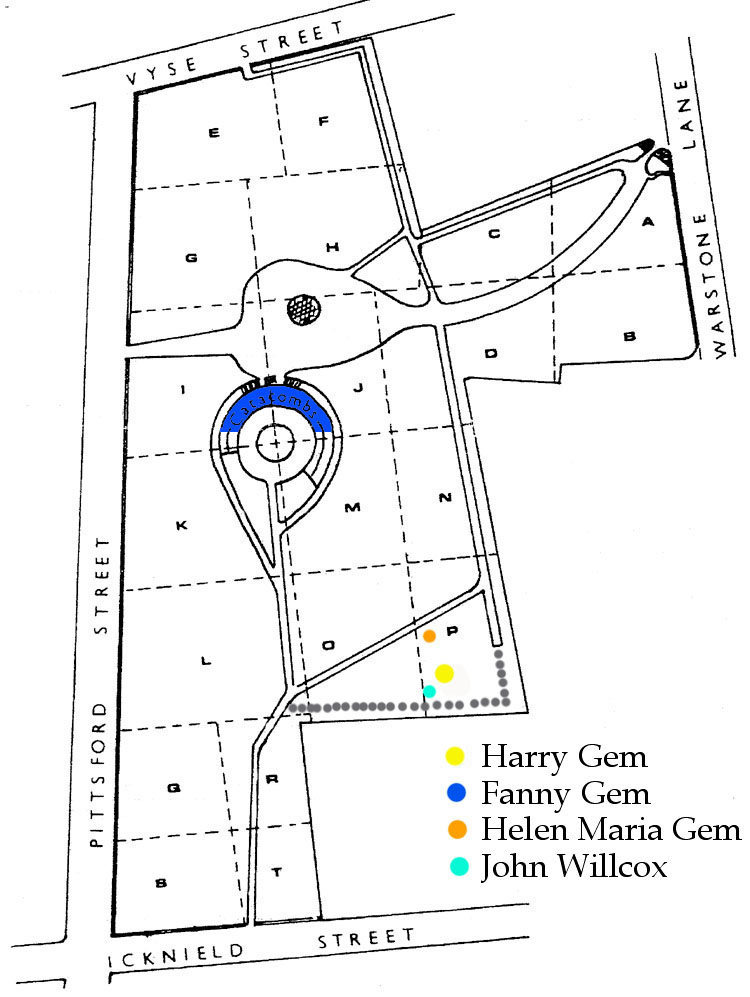 John Willcox, Harry’s father-in-law, lies nearby (see green dot). He shares a grave with William Harrison and Fleetwood and Catherine Webb but is not mentioned on that headstone. We understand that he is commemorated on the headstone to Harry’s grave. 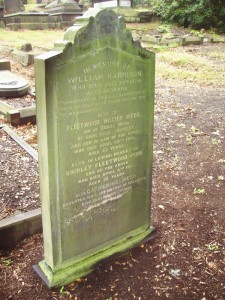 John Willcox, Harry’s father-in-law, is buried in this grave. September 2010

The cemetery archives record the burials of several other people by the name of Gem. There is Helen Maria Gem buried also in section P (see brown dot on plan) whom we haven’t been able to connect to Harry as yet.

Buried in the catacombs (see blue area on plan) is Fanny Gem whom we believe to be Harry’s sister Frances who died in 1898. It is understood that her body was moved here from Christ Church, central Birmingham, when this was demolished in 1899 to make way for the construction of Victoria Square.

In section H there is the grave of one Ernest Walter Gem died 1868. Again we are researching to establish whether there is a family connection.

In September 2012 we took a number of photographs of the area around  Harry’s grave which show how overgrown that part of the cemetery had become. 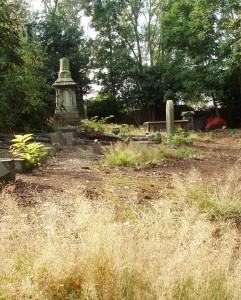 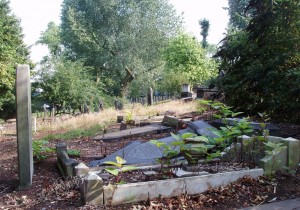 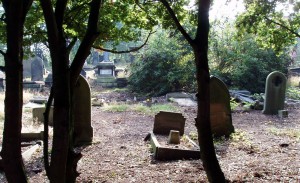 Through the assistance of Birmingham City Council a clean-up was conducted which greatly improved access to the grave (see photo below). 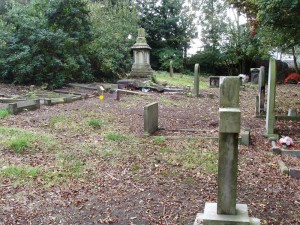 Since late last year the Friends have been extremely energetic. The photos below, which we took last month, show the results of the sterling work undertaken by them in clearing out all the weeds and extraneous shrubbery. 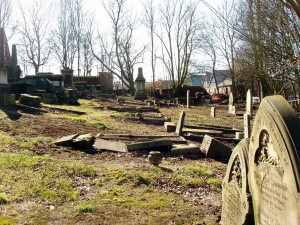 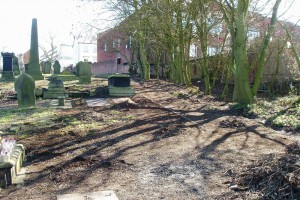 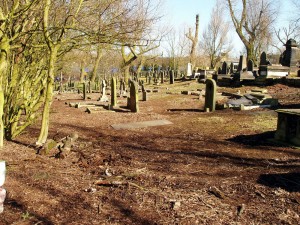 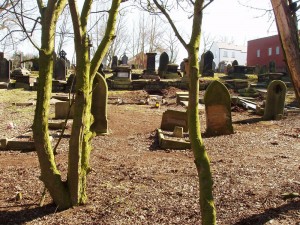 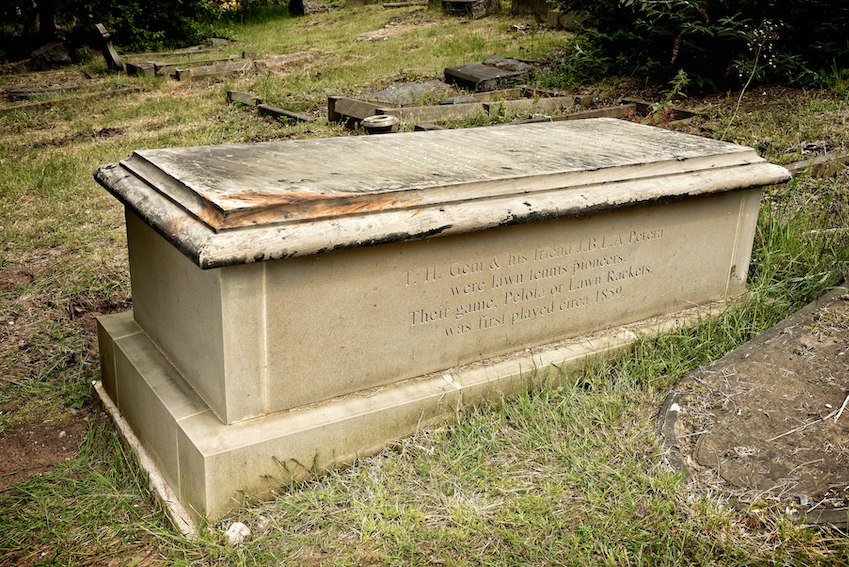