After a considerable wait we received recently permission to investigate the grave space to see what, if anything, remained of the headstone or other memorial. So, on Thursday 2nd May 2013 trustees Chris, Sue and Robert set about the dig.

All we dug up were several pieces of broken plinth and there was no sign of a memorial stone live casino New Zealand. Clearing away the soil to the east side of the plot we came up against a large slab and decided to clear the soil away, just in case… 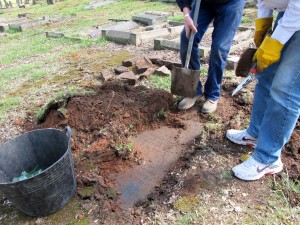 We start to clear soil off the slab on the neighbouring plot. 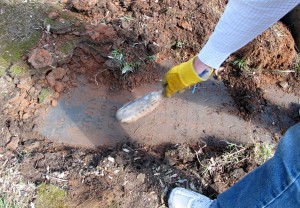 Excitedly we brush off the soil to reveal we’ve hit the jackpot – a complete memorial stone. 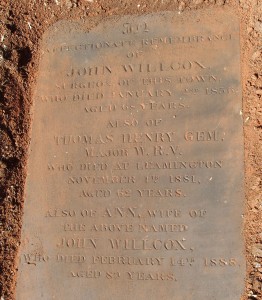 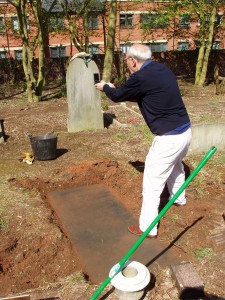 Chris Elks takes the first photographs of the memorial stone which hasn’t seen the light of day for many a year. 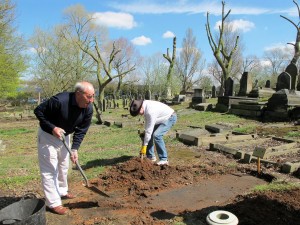 Chris Elks and Robert Holland (in the hat) tidy up. 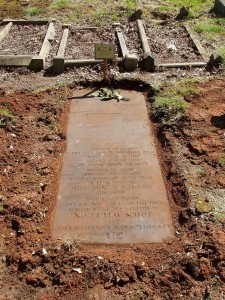 …and the slab turned out to be the ledger stone from Harry’s grave.

The inscription on the ledger stone is:

SURGEON OF THIS TOWN,

WHO DIED AT LEAMINGTON

ALSO OF ANN, WIFE OF

Although commemorated on this stone Jon Willcox, Harry’s father-in-law, lies nearby in Warstone Lane Cemetery. He shares a grave with William Harrison and Fleetwood and Catherine Webb but is not mentioned on that headstone.

Ellen Maria Gem, Harry’s widow, died in 1899 and is buried in the same grave as her mother Ann and husband Harry. Her name is not engraved on the ledger stone, perhaps because she and Harry had no children and therefore no-one to see to the task?