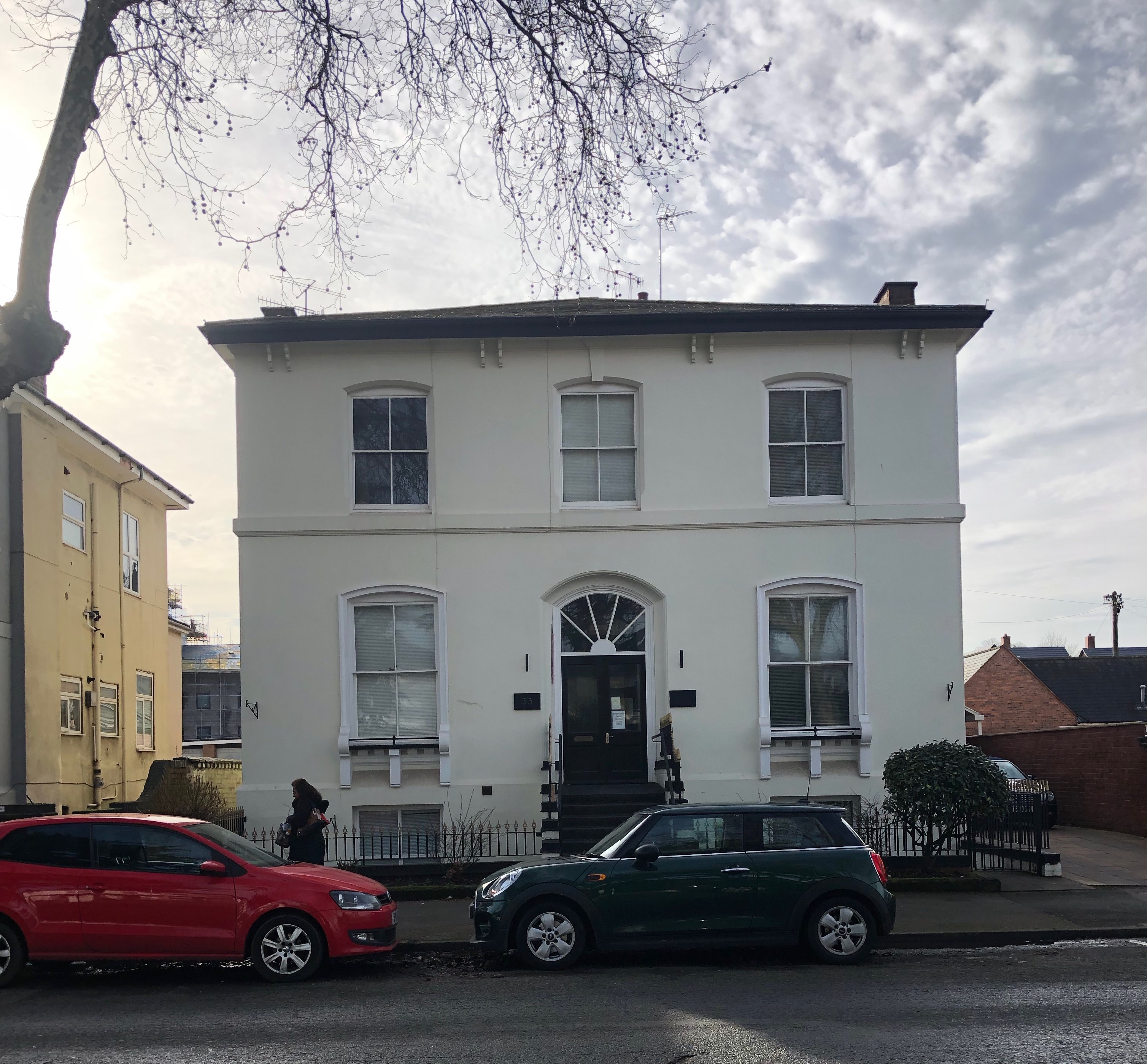 The former home of Augurio Perera, lawn tennis pioneer, in Avenue Road, Royal Leamington Spa. This is located just along the road from the Manor House Hotel where Perera and Harry Gem, together with doctors Haynes and Tomkins, founded the world’s first lawn tennis club.

He called the house Fairlight, the same name as the family’s previous home inEdgbaston, Birmingham. They took up residence in Leamington some time in November 1873 and lived here until September 1877. The family continued it’s association with the town over the next few years. Augurio and his wife Louisa, accompanied on occasion by one or other of their daughters, would spend the season in Leamington at the Manor House Hotel.

It appears that Perera’s connection with Leamington may have ceased around 1880. However, there are some indications that the house in Avenue Road may have been transfered into the ownership of Augurio’s elder daughter Francisca and her husband John Palmer Phillips.