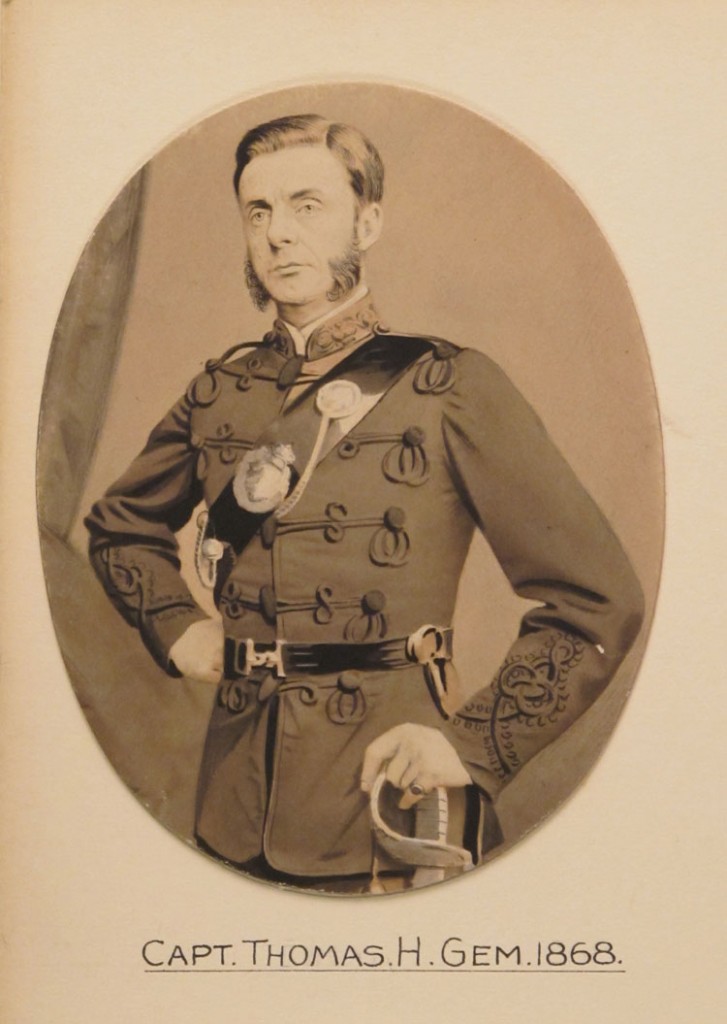 This splendid photograph of Harry Gem aged 48/9 was previously unknown until a couple of months ago. It depicts Harry as a captain in the Birmingham Rifle Volunteer Corps (Warwickshire Rifle Corps, Birmingham Division) and has emerged from the archives of the local Masonic Leigh Lodge of which Harry was a founder member in 1862 and eventually Master at the time this photograph was taken. In 1871 he was appointed the Provincial Senior Grand Warden for Warwickshire which was and remains a prestigious appointment.

In September 1859 Harry became secretary of the committee to set up the Birmingham Volunteers and enlisted as an ensign. Within a few months he was promoted first lieutenant, then captain in command of No1 Company and would reach eventually the rank of major. 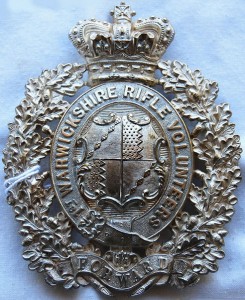 With thanks to Major Stephen Wright who brought Harry’s photograph and Masonic background to our attention.